Grouper ? The traditional culinary cultures of Anatolia, the Caucasus and Europe are rooted in regional produce and value-added products that are the consequence of generational improvisation, by those who understand why fresh, local ingredients are essential for food security. 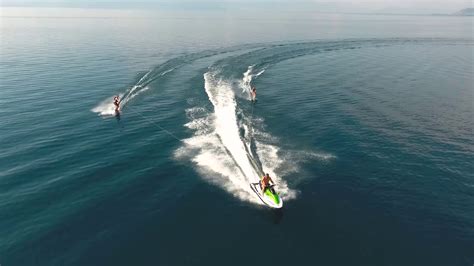 Every country is defined by the food of its regions and, most of the time, this is reflected in the popularity of specific traditional dishes. What is different now, in the early 21st century, is a subtle revelation, that fresh produce has become popular because it is indigenous to specific regions.

Further south-east in the North Sea toward the Baltic Sea, young herrings and mature eels form the basis for the traditional dishes known as Hamburger aalsuppe (eel soup) and Hamburger labials (fish and meat stew). These days the eels are imported from the north of Ireland as eel stocks slowly recover across the world, making the soup expensive and exclusive, but the young herring, with its exclusive market and the conservationist approach of the fishers, is embedded in the local gastronomy.

Here is a fish sauce that is not oriental, and reunited with the strip pasta that made it famous thousands of years ago. In the Messina Strait, much to the chagrin of conservationists, swordfish continue to contribute to the culinary tradition of Sicily and Italy, for a dish that symbolizes the relationship the people have with the sea.

And in the Black Sea the tradition of harvesting the little fish called hams shows no sign of being swamped by the fast-food culture of an increasingly globalized world. In Turkey, they make a dish called hams firing with potatoes and small fish.

When hams meets rice a whole new food culture emerges, the pilaf or plot of Anatolia and the Caucasus countries, rice dishes containing numerous indigenous ingredients that manage to appear in Greece as pilaf, in Italy as risotto and in Spain as paella. In the plains (steppes), valleys and mountains the produce that is associated with tradition is largely potted food, a stew or a soup.

Then there is cheese, an ancient food that is still being made using techniques invented after the dawn of the first civilizations, more than 10,000 years ago. Battered cod fillets and large potato chips formed what was once a very popular takeaway food in Britain and parts of Ireland.

Always popular in Belgium and France (where they originated), chips are now part of the culture that involves kebab, swish (sharply) and Sharma (Sharma) meat. Yes you may still get your meat stuffed into pouch-bread but you will also be offered chips, especially in the low countries of Belgium, Luxembourg, the Netherlands and northern France.

In countries where traditions are shared the same dish is often popular, macaroni cheese for example, easily one of the iconic foods of Crete, Cyprus, Malta, Sardinia and Sicily. Cornmeal (plenty) is as popular in the Balkans as it is in Italy, and despite a move toward a diverse diet is still part of the food culture in Moldova and Romania.

Can the meatloaf and spelled flour dumplings of southern Germany be called national German dishes? Yet dumplings of different types are certainly among the national dishes of Austria, Italy, Slovenia and Switzerland.

Desserts are a difficult choice, because the sweet layered pastries, particularly of Eastern Europe, would fill any list. Sourdough made with rye and mineral water is now a feature in bread making, to reduce the amount of bakers yeast.

With controls on depleted fish, other species that were once popular are back in vogue, the aforementioned hake plus grouper, monkish, octopus and pike. It should be an act of expediency to present the top 10 or top 25 traditional dishes in each country and region but that would betray the principles of the Fri cot Project, simply because popular does not always translate as traditional and regional or local, with so much imported produce and products available.