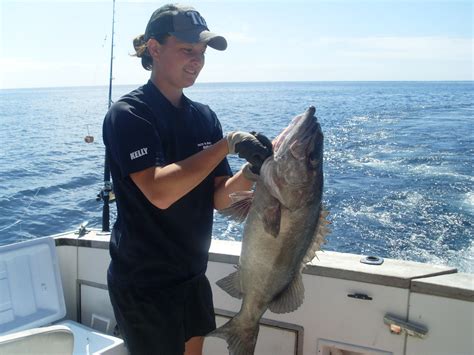 Populations in eastern Australia are considered to be overfished and their estuaries nursery habitats are threatened by coastal development and pollution. It is not illegal to accidentally catch a spotted black grouper but it must be released alive and unharmed.

For quota management purposes Haiku (Groper) is grouped together with Bass for a combined TAC (Total Allowable Commercial Catch) of 2,180 tons. These volumes are strictly enforced and are adjusted annually to reflect the status of the stock and ensure enough biomass remains to provide sustainable harvests in years to come.

Depending on the size of the groper the flavor and texture can range from sweet and delicate in the smaller specimens to juicy and heavy-flaked on the larger fish. These two closely related species grow to large sizes and are available to anglers right around the country, though they’re nowhere as common as they were formerly.

Commercially and recreationally, haiku (Poly prion oxygenate) and bass (Poly prion Americans) are often caught with bluenose (Hieroglyphs Antarctica), a type of Warhol unrelated to the other big boys, but often sold as ‘groper’ and equally good to eat. All three species occur over deep reefs with bass and bluenose generally found in deeper water than haiku.

Larger haiku and bass are almost always associated with reef structure; smaller fisher may be caught out in the open over mud or sand. Fish found in the open tend to be smaller specimens (‘pups’ or ‘schools’ and are usually haiku.

They are generally slighter and more elongated than bass and have a noticeably longer lower jaw, giving them an under slung look. Bass are more heavily built and have a shorter, more rounded head with a lower jaw which projects only slightly.

Food for all three species includes a wide range of crustaceans, invertebrates and fishes, some large. Seasonal migrations between shallow and deep water is a feature of the lifecycles of all three, thought to be related to spawning activity.

Juvenile groper and bass are sometimes caught over shallow reefs and young fish may well inhabit inshore areas for some years. The ideal setup is a reel that holds at least 500 m of 37 kg braid and a good powerful rod to match it.

A shorter rod has better leverage and is easier on the angler but when using super braid line, a softer tip is preferable. With braid, bites can be felt even several hundred meters below the boat and importantly, the line drag generated by current is minimized. 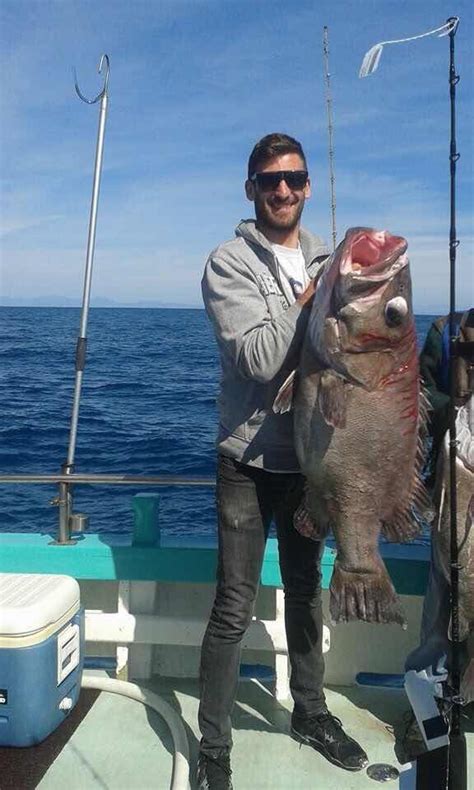 A slow couple of turns of the handle or a very gradual lift will let the recurve roll into the corner of the jaw as the bait is eaten. Because most haiku fishing is in deep water from a drifting boat, large sinkers are mandatory.

Streamlined ‘torpedo’ or ‘bomb styles are best with weights up to kilo required in some places but generally around 20oz should be adequate. It's best to have a range of weights and a few spares in case of bust-offs as the territory you're fishing is unforgiving and it's not hard to get snagged on the bottom.

Check that the swivels, hooks and knots/crimps are of sufficient quality to handle large, heavy fish before purchasing a pre-tied rig. Unlike haiku and bass, whose swim bladders inflate as they are drawn towards the surface, incapacitating them, bluenose fight all the way and are tougher in proportion o their size.

Most anglers will drift over areas of foul given anchoring is not usually an option due to the depths. Drifting also covers more ground and lends one action and life to dead baits or strips which haiku tend to find more appealing. 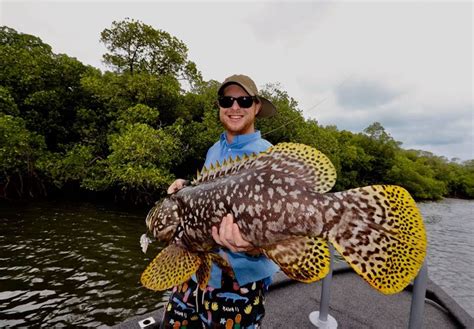 Acknowledged hotspots include reefs and banks around the Three Kings Islands, White Island and the Manfully Banks, but there are thousands of rocks and reefs right around New Zealand that offer good haiku and bass fishing. Off the west coast the edges of the continental shelf provide near limitless fishing opportunities.

If the drift is too fast, due to tide, wind or both, the fishing is poor because baits are not spending enough time in the strike zone. These weeks' critter is the spotted black grouper, a territorial reef fish that is protected in New Zealand waters.

The small fish are mostly female, but when they reach 100-110 cm in length they become males!! This past weekend I was hanging around Savannah, Georgia and coastal South Carolina on a mini vacation with M.C.

Vacation has many, many benefits but one of the best is that I get out of my food rut and get to play around with wine pairings when we go out to dinner each night. I make a ton of Mediterranean food and the very occasional Asian meal, so what we eat is generally a home run with wines of all kinds.

Since I am a fish-a-tarian (don’t get down on me, I’m allergic to red meat, so my doctors said when I stopped eating it at 2 and my parents were not vegetarian! To make a final determination, you can do your best pairing work if you focus NOT on the meat, but on the preparation. 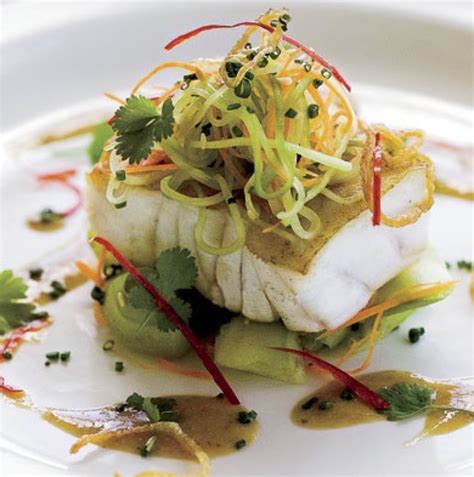 Even though I’m a homelier and am an expert of sorts in this game, sometimes I botch it royally and it’s a great learning experience nonetheless. What was in season and common on every menu was fresh grouper, a light, flaky, white fish that is imparted with flavor based on the sauce that goes on top.

I went from acidic, peachy delight in the wine to harsh textures and clashing flavors that made me think of Iggy Pop rocking out with the New York Philharmonic. The artichoke was salty and green tasting, which contrasted so strongly with the aromatic, nectarine notes in the wine and made the acidic nature of the Riesling cut my tongue like a knife.

Evening 3: Truffles, Bluffton, South Carolina With that disaster under my belt, I was feeling off my game. I went off the sauce rule (keeping in mind that the red had to stay on the light side so as not to ruin the fish).