A A: AlienObserver Studio album by Released April 11, 2011 (2011-04-11) Genre Length39:07 Label Yellow Electric Producer Liz Harris Grouper chronology A A: AlienObserver is the seventh studio album by American musician Liz Harris under the stage name Grouper. It is the second of her two-part album series A I A, released on April 11, 2011, on Yellow Electric. 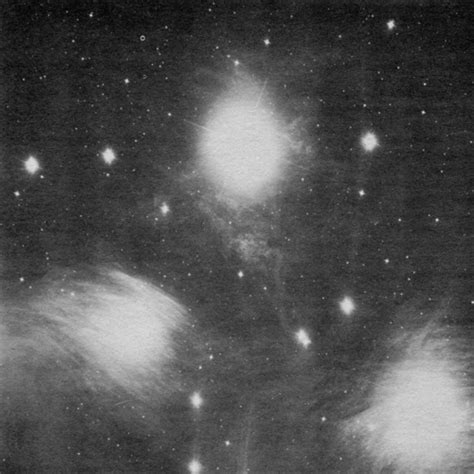 Spellbinding is one word that anyone listen to Air : AlienObserver might describe the album's musical effect on them while Harris's vocals bewitch their mind with their swirling siren call, and while the vocals seemingly tale more of a central role for this record, the voices still blend in to the intense sonic tapestry that the music weaves as if they are another instrument with which to create the dreamy atmospheres (check out “Moon Is Sharp” and “Vapor Trails” for example). Every one of the six compositions that make up Air : AlienObserver further pulls the listener beneath the undulating waves of the music conjured by guitars and keyboards (and various and intermittent percussive elements, à la the bells in the beginning of “Mary, On The Wall”) while the vocals drown listeners in a syrupy sweet but almost disaffected style as in AlienObserver where the vocals seem delivered as Harris is zoned out and staring at some unseen point completely oblivious to anything else going on at the time.

Getting the double whammy of two albums from Grouper at the same time has quickly ensured my immediate infatuation with the dense and gloriously hazy sounds that Liz Harris composes, and Air : AlienObserver is most definitely the perfect companion or sister album to Air : Dream Loss ; but what I find most impressive with Air : AlienObserver is that it is distinctly different in execution while still being cut from the same cloth as its sister with the possibility that it may be the slightly stronger of the two albums while being every beat as dream-like, and this matched with the uncanny ability of the record to absolutely engross your senses makes Air : AlienObserver one hell of a fine release. Zakiw this album takes me places I've never been and I'm grateful for that Favorite track: Vapor Trails.

Will Brown The editorial equivalent of being hugged Favorite track: Come Softly . Includes unlimited streaming via the free Band camp app, plus high-quality download in MP3, Flag and more.

We do this with social media, marketing, and analytics partners (who may have their own information they’ve collected). Despite working in an increasingly rich and crowded ambient-pop field, Grouper's Liz Harris continues to own her distinctive sound on these LPs.

The tools Liz Harris uses to make music as Grouper tend to be pretty basic: piano, guitar, synths, drones, hiss, and lots of reverb. Part of the distinctiveness can be traced to Harris' voice, which floats above the music and can sound delicate and shrouded and mist and can also evince an approachable earthiness.

Particularly on AlienObserver, she layers her voice in a way that occasionally brings to mind Julianna Barwick, but Harris sounds comparatively distant and less immersive. On “Vapor Trails” and “She Loves Me That Way” the record turns a few shades darker, but a twinkling music box melody that opens “Mary, on the Wall (Second Heart Tone)” feels like awakening from an uneasy sleep, groggy and halfway hallucinating as you re-enter the world.

The closing “Come Softly (For Daniel D)” feels like a proper conclusion, as Harris' naked voice over a skeletal keyboard figure gradually disappear over the horizon. Dream Loss is heavier on the distortion and EQ, and with an atmosphere that alternates between the Missy, open drift of the stratosphere with the thick, all-encompassing immersion of the ocean floor.

“I Saw a Ray” flirts with noise music, with a bit of industrial grind added to the held tones, while “Soul Eraser” seems to crumble into dust and regenerate itself simultaneously. But placed on a continuum, these records highlight how 2008's luminous Dragging a Dead Deer Up a Hill, her last full-length album, was an unusual entry in the Grouper catalog.

Sleep here is not a sign of boredom, but rather the complete and total acceptance and comfort that this record gives the listener. Falling asleep to a Grouper record is not like dozing off during a boring TV show, but rather a deeply intimate and personal interaction between artist and consumer.

We allow Harris to control our dream space, to feel at such utter ease with her musical presence that we allow ourselves to be at our most vulnerable. In general, as a society, we have done battle against the nighttime, creating ways to illuminate the world around us to the point that we rarely even spend much time in complete darkness until the first moments of our slumber.

There is an obscurity that the nighttime brings, but also a stark and unique kind of clarity. Our eyes adjust to moonlight, we see things not in details but as mass shapes. 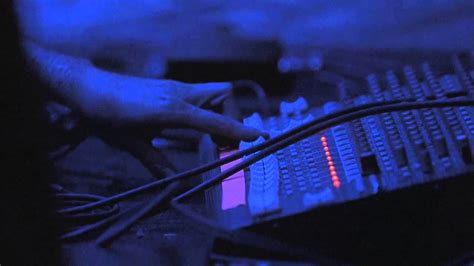 The music here achieves a similar effect through the power simplicity of its construction. There is an incredible interplay between the relative simplicity of the compositional texture and the final density of the music achieved through processing and manipulation, forms of sonic chiaroscuro.

The songs themselves are immaculately crafted, but the wafting interplay of melodies and ambient noise, reverberation and pure tones, vocal lines and guitar create a kind of musical wholeness where the individual parts of the music seem completely enmeshed within each other. There are moments on this record in particular where Harris gives us simple melodies that evolve and layer and grow into a sound mass that is captivating and lush.

While I do associate Grouper with the night, I also feel an engrossing sense of solitude in her music. Sometimes this is because its far too embarrassing to actually admit I enjoy some of these artists, but in most cases, its because I find my connection to the music to be far too personal to share with anybody else.

Put it this way: maybe I could listen to AlienObserver with someone one day, but it would have to be someone I trusted utterly and completely, someone who I could allow to see myself at my most fragile and vulnerable. Part of the solitary nature of this music comes from the method of its creation: this project is completely imbued with Harris's vision and no one else's; it's essentially a classic (although vastly more humble) example of gesamtkunstwerk.

For while this project may be the product of a singular artistic voice, Harris never forcefully enters our psyche and dominates our experience. The record is a journey to those who care to embark upon it, and it is a masterful output that represents the artist's visionary zenith.

The 9-minute “She Loves Me That Way” is better, one long ghostly ascension made out of pure either. But it is “Mary, On The Wall” which is her most engaging wash of sound, thanks both to the strong melody and more restrained use of psychedelic effects.

The closing “Come Softly” removes the production legerdemain, and so we are left with a simple lullaby. Take the master tapes of Slowdive's Bourbaki, pick one of the songs with female vocals, remove the drums, add a tremendous amount of reverberation, and you've got A A: AlienObserver.

After being shown some ambient pieces online and being somewhat amused, I stumbled upon this gem one night while looking for something to fall asleep to, and this more than did the trick. Thank you, Liz. Fav tracks: AlienObserver, She Loves Me That Way (Second Heart Tone), Come Softly (For Daniel D.), Vapor Trails.

First review in a while hey guys how u doing anyways I just listened to this grouper album and it's great. Fav track is probably the first one because it does a very good job of establishing what the album is going to be.

In one of the most graceful ways imaginable, it lulls you into a state of semi-consciousness with the opener “Moon is Sharp.” It's drowned out melodies come in waves, like near-forgotten memories briefly resurfacing and quickly subsiding into the oblivion that is forgotten.

These moments indulge in the abstract, hazy immateriality of pure atmosphere. Meanwhile, songs like the title track and Vapor Trails exhibit a semblance of harmony.

Though the album finds itself centered around a space theme, it more so exhibits the vitality of something sentient, ever-evolving, akin to a forest or some aquatic biome. Harris' immaculate sounds teeter on the margins of foreign and familiar, but never does this in determinism beget tension or instability.