I have been pier fishing for most of my life but more recently I have seen people start to target Goliath Groupers for Sport. They have bulletproof construction and great drag ratings for the size of reel. 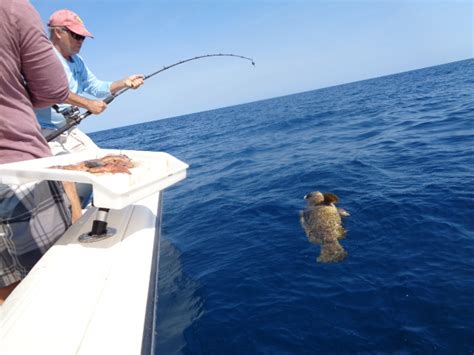 The Avert 30 put out around 40 pounds of drag on full and 35 max at strike. The 400lb mono acts as a shock leader and it has superior abrasion resistance.

Another thing I like about this rod is that it has Fuji Fowl proof guides. It allows me to pitch baits out without having to worry about my FG knot getting caught up in roller guides.

Another reason I like Star Rods is the fact that they offer a lifetime warranty on their products. The bait of choice is a live jack crevasse, lady fish or moon fish.

Beast in the Gulf So this is part two of the Summer Backcountry Fishing trip I had a few weeks ago. This is not your regular fishing...this can be dangerous and will punish your tackle, gear and your body. 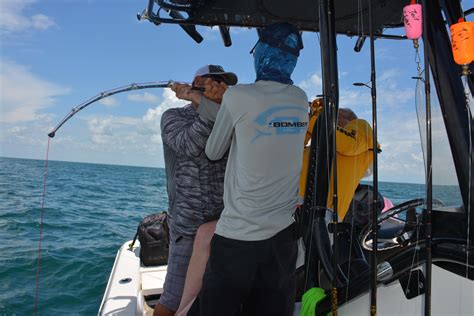 I am using a Penn International 16VS 2 speed on a St Croix 6’” 6 Fiberglass rod I picked up at a garage sale. This knot is very good for big game fish and is very strong.

Snell Knots now that you have a good description of my setup I use for Goliath ’s lets get back to the fishing that day shall we. Jorge, Luis and I saw an entire squad of these Goliath under my boat...they were big and hungry.

Oh, you never heard of the Goliath Prayer...well it goes something like this.....Oh, god almighty as I embark into battle with the Goliath demon please guide my reel, fishing line, and my body to glory...and please almighty do not let the demon Goliath drag me down under straight to his underwater lair for all eternity amen. So I gabbed Doomsday and opened the live well and selected my bait...a nice Look down.

He turned and made a dash for the other side of the boat and after about 25 minutes I was wearing away...my arms and back could not hold on anymore.... DoomsDay was in danger of being sucked down into the depths with Invites. Jorge grabbed Doomsday and held it like Thor’s hammer and fought Invites hard.

Invites knew he was in trouble and made a few hard powerful runs for the rocks but Jorge held fast....soon we could see some color and Jorge raised the powerful Goliath to the surface....it was Invites! Invites the Goliath on Bull buster 100lb Mono and 300lb Grander Leader He was not happy and made another dash to try to get away but it was not his day...we had him. 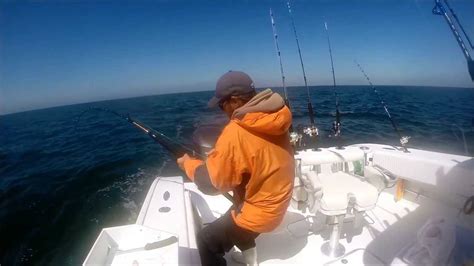 Once we had Invites subdued we all took pictures with this beautiful powerful fish and then gave it a few good pats and set it free. Albert with Goliath Invites swam back to his lair knowing he was beaten this day...we tagged teamed him and brought him in.

Jorge and I were tired it is no joke fighting and landing these fish...if you have never done it you have to try it one day so you can see what it is all about. If you want to go after 300lb plus Goliath you need a different setup ...minimum I would suggest would be a 50-80 wide reel with at least 200lb braid and a very good rod.

It is our mission to help millions of anglers spend more time fishing and that starts with YOU! Eddie sat down on the deck and braced his foot against the rail, I figured we were into a big one. 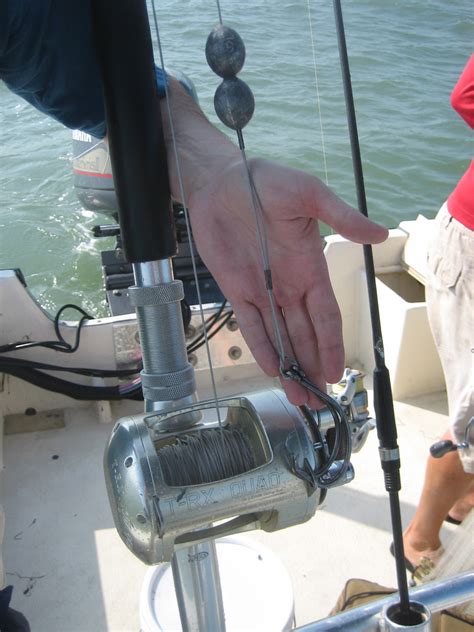 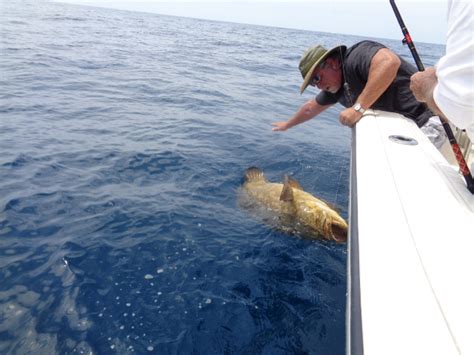