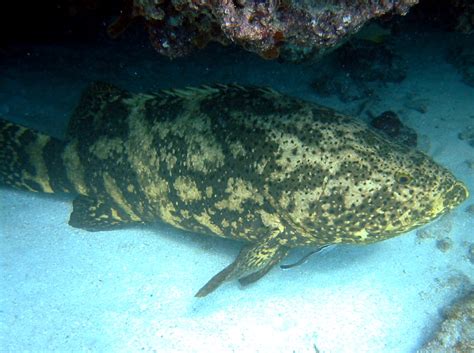 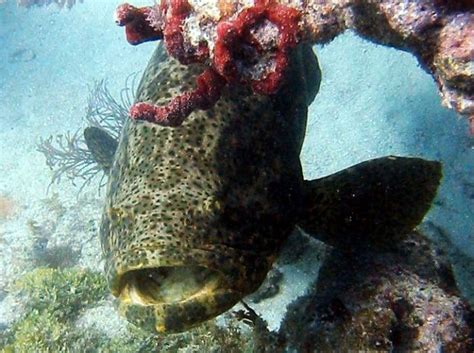 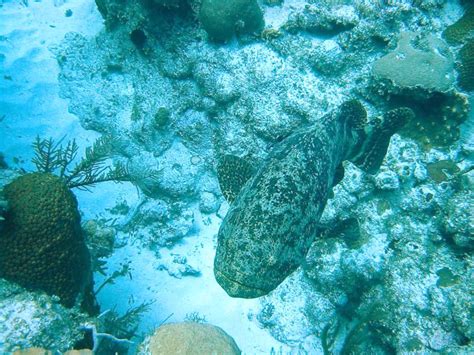 The goliathgrouper inhabits tropical and subtropical waters and can be found in the eastern Pacific, western Atlantic, and eastern Atlantic Ocean from Florida to Brazil, the Caribbean Sea, and the Gulf of Mexico in shallow reefs at depths from 15 feet to 150 feet. Adults have small spots on the fins, body and head and are typically olive, gray or brownish yellow in color.

Goliath groupers are opportunistic ambush predators that feed on a variety of food items. This grouper primarily feeds on crustaceans (crabs, shrimp and spiny lobster).

Other prey items include octopus, juvenile sea turtles, gastropods, and a variety of fish such as hard head catfish, stingray and parrot fish. The fish take several years to reach sexual maturity due to the slow growth rate. 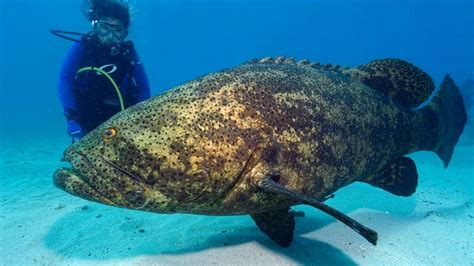 In the Gulf of Mexico spawning occurs during a full moon in July through September. Research has shown slow-growing, long-lived, fish which aggregate in specific spawning sites are vulnerable to overfishing. 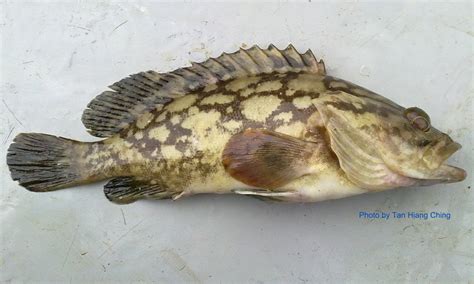