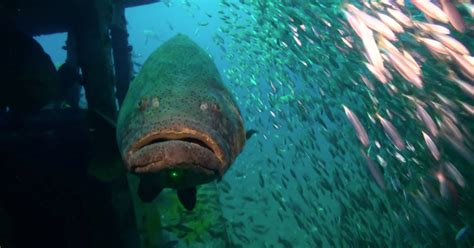 Click here for helpful resources, including: best fishing practices tips information on hook types how-to videos I was recently contacted by advocate goliathgrouper protectionist, Ms. Katie Carlsson, who spurned my interest in the debate to “reopen hunting on the species.” I also knew I could share my mother’s plethora of historic St Lucie River “Jew Fish” photos labeled such during the non-politically correct era that was part of my childhood and before.

Before presenting you with many links to explore and opinions to read, I will say, that according to the Shook Foundation, “vast technological improvements in spear guns and diving equipment in the 1960s and 1970s made no wreck, cave or hole safe for Goliath grouper to hide. Of course anglers have the right to argue that the grouper in some areas, like South Florida, have been perhaps “too successful” and believe hunting should be reopened. 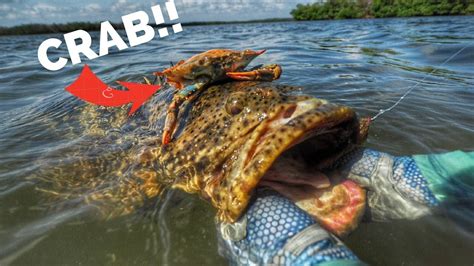 )“This photograph of Jewish suspended from a pole resting on a Florida East Coast Railway car was taken in what was called the hole, a rail spur that went down to the St Lucie River near the Stuart freight depot. Joseph Jefferson, a famous actor of the day, also fished in the St Lucie River region” in the early late 1800s.

(Photo courtesy of page 51 of “Stuart on the St Lucie” by Sandra Henderson Thurlow. In the earlier part of the last century, Atlantic Goliath groupers were abundant from Florida to Brazil and throughout the Gulf of Mexico and Caribbean Sea.

If you have been lucky enough to be in the water with these creatures, then you appreciate their unflappable personality and awe-inspiring size, which reaches up to 8 feet and 1,000 pounds. Twenty-seven years of protection have led to a population increase, although not a recovery to pre-exploitation levels, in the state of Florida alone.

It’s the only place in the world where Goliath groupers are now reliably found in significant numbers, as juveniles in mangroves, and as adults in reefs, solitary or forming spawning aggregations. People come from all over the nation and the world to see the goliathgrouper spawning aggregations in the late summer, bringing big dollars that boost local economies.

Yet, the Florida Fish and Wildlife Conservation Commission (FCC) is currently considering allowing the limited take of Goliath groupers in state waters. If implemented, the kill will exterminate most of Florida’s breeding population of Goliath groupers, destroying 27 years of conservation management effort. 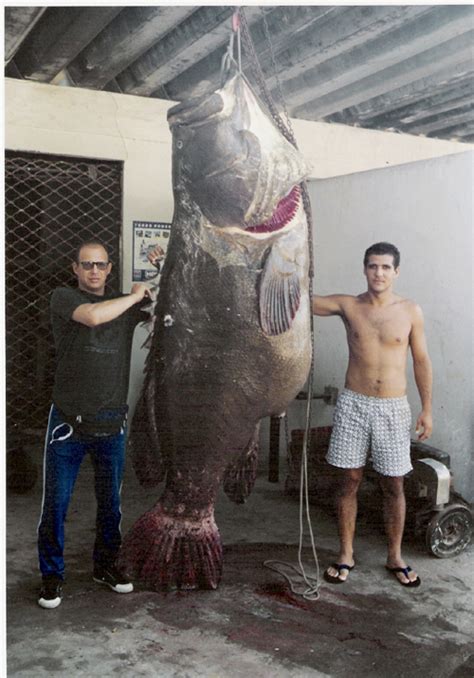 Some say that a “sustainable” take of Goliath groupers is possible, but many scientists agree that the current population would not last more than one, or perhaps two years after opening the fishery. “I repeatedly asked what scientific evidence the FCC has to support killing the Goliath groupers, because all scientific research published to date does not support a fishery for this species and shows the species is highly conservation dependent and highly vulnerable to overfishing,” said Dr. Frias-Torres.

Don Maria, a local professional diver, adds, “the annual goliathgrouper spawning aggregations that occur off the coast of South Florida are spectacular natural events on a world scale. If a hunting season is opened on the goliathgrouper, the FCC has floated the idea of charging $300 per fish killed.

Think of that: a single goliathgrouper in the water is supporting local business to the tune of $36,500 per year or more than a million dollars over its lifetime. But one spawning aggregation alone, made by several Goliath groupers, generates about half a million dollars a year for one dive business.

We are aware that the FCC is gathering public input on the possibility of a goliathgrouper killing season in Florida. As such, we have called for our supporters to attend one of the many workshops held in the state in August and October, as well as to submit a public comment on FCC’s website. 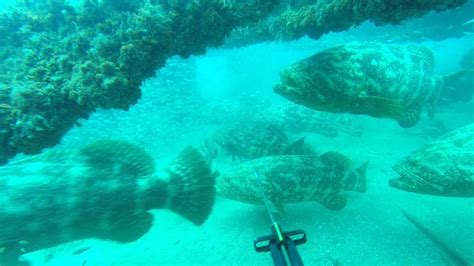 We will also gather signatures to a petition, which will be delivered to the FCC in anticipation of the goliathgrouper decision coming down later this year. “Although the species has not recovered to pre-exploitation levels, enough Goliath groupers are showing up at a few spawning aggregation sites that their presence, and the SCUBA divers that come to visit them, bring a much-needed lifesaver to small businesses in Florida, between late August and early October, just when transition between the summer and winter seasons will leave these businesses in the doldrums,” said Dr. Frias-Torres.

We strongly urge the Commissioners of FCC to maintain protections for Goliath groupers in Florida and to deny any requests for opening the fishery. A policy such as this would represent the best interests of the wildlife and humans in Florida, as well as rest on conclusions drawn from the best available science.

The GoliathGrouper was in serious decline due to overfishing until the 1990s when they were classified as critically endangered, and all harvesting worldwide was banned. GoliathGrouper eat young sea turtles, fish and shrimp, for the main part.

Young grouper commonly hang out together, inhabiting the mangrove swamps and estuaries, where they find suitable food sources in Key West. As a bottom dweller, Goliath's tend to hang out around reefs, wreck sites and coral ledges, as they like to reside in shallow water up to a depth of around 165 feet.

GoliathGrouper, due to their incredibly large size, have been the target of avid sports fishermen for decades; they were also rumored to be a restaurant-quality fish desired by seafood aficionados. Since Goliath Groupers tended to spawn in large groups, this made them easy prey for mass hunting. 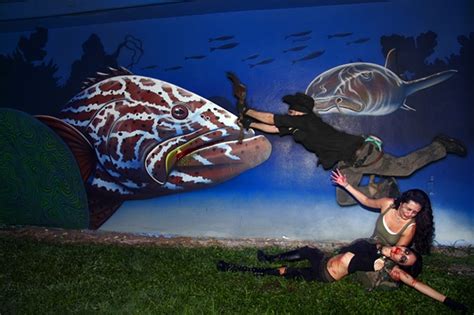 After getting them boat side, pictures are taken, and the hooks quickly removed, all while the fish is still in the water.