Goliath grouper feed mostly on crustaceans (in particular spiny lobsters, shrimps and crabs), fishes (including stingrays and parrot fishes), octopus, and young ocean turtles. The giant of the grouper family, the Goliath (formerly called Jewish) has brown or yellow mottling with small black spots on the head and fins, a large mouth with jawbones that extend well past its small eyes, and a rounded tail. 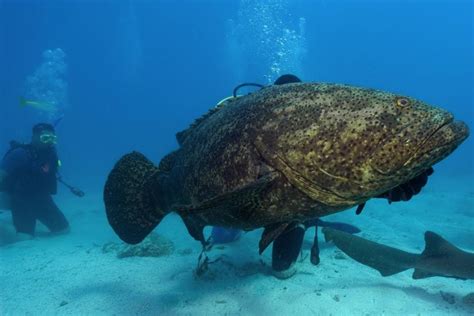