Attendees can expect representation from a wide array of outdoor activities including: A wide variety of activities will provide a full day of fun and education for the whole family.

Expo staff decided to cancel the event as a cautionary measure in light of evolving advice related to minimizing person-to-person transmission of the COVID-19 coronavirus. “While we’re sad to miss this chance to meet our readers and swap fishing stories, given the uncertainties, we felt this was the responsible decision,” said Florida Sportsman Publisher Blair Windstorm.

Windstorm notes that many of the attractions at the Expo –including how-to demonstrations, local advice from captains, new boats and new product premieres–can be found on the Florida Sportsman Website, floridasportsman.com. Additionally, Windstorm mentioned the new podcast series based on the popular Action Spotter department of the print magazine.

I got the chance to meet Chris Osceola at one of the Miami Dolphins games, at the Hard Rock Stadium in Hollywood. We even fished the Jimmy Johnson Billfish Tournament together with the top-notch crew aboard the Qualifier.

Posted in Uncategorized I had the honor of donating a fishing trip to Rihanna’s charity www.claralionelfoundation.org at the Diamond Ball Fundraiser in New York City. The Cf supports and funds groundbreaking and effective education, health and emergency response programs around the world.

With the voices of Rihanna and her fans, Cf also engages in global advocacy with the goal of improving the quality of life for young people everywhere. The trip I donated raised $10,000 for the charity and was purchased by CC Tabatha of the famed, New York Yankees.

Posted in Uncategorized It's hard to believe that I’ve been partnered with Bass Pro Shops for 22 years! I have the pleasure each year of being invited to speak / give seminars on fishing at various locations throughout the United States.

Posted in Uncategorized Had an amazing time filming the most recent installment of “how to” videos for www.saltstrong.com Check out the size of this bad boy…all captured on video…from bite to face grab. 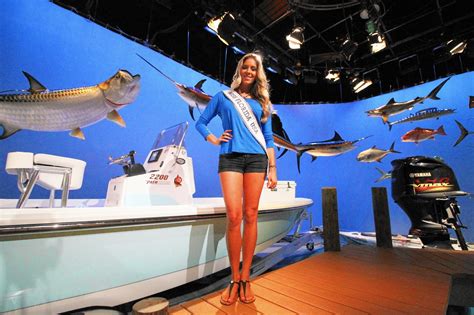 Posted in Uncategorized I recently attended the Wonders of Wildlife National Museum and Aquarium grand opening in Springfield, Missouri. WOW has 35,000 live fish, mammals, reptiles, amphibians and birds; 1.5 million gallons of freshwater and saltwater aquariums; and more than 1.5 miles of trails that meander through 4-D dioramas that share sights, sounds and smells of wildlife habitat, including the African Savannah, the Amazon rainforest, ten U.S. National Parks and the Arctic.

The Wonders of Wildlife National Museum and Aquarium has been nominated as a “Best New Attraction” of 2017 by USA Today in its ’10 best’ series. Posted in Uncategorized Keeping track of your fishing coordinates is very important.

I’ve been asked for years to put a descriptive kite fishing video/how to on YouTube. Posted in Uncategorized The Ray marine Axiom Pro is really changing the game in marine electronics.

The Axiom system already won the Innovation Award at the 2017 Miami International Boat Show. I’ve fished this system, and am I outfitting my new Yellow fin 39 Offshore with 2 Axiom Pro 16 inch displays.

They’re constructed from premium German stainless steel, and have an Armor-X coating that won’t rust. I just used both these knives to clean a boat load of mahi-mahi and black fin tuna, and I especially like the index finger slot and upper thumb rest for leverage.

There is a beautiful lake that three very close friends were coming fishing on last night and all three of them are dead. And we need the community's help to identify who killed these three young white men Friday night.

And it's called night fishing in this part of the world, these three men all lived in Frost proof. Let me tell you, they are Brandon Rollins, Kevin Spring, Phil and Damon Tillman. 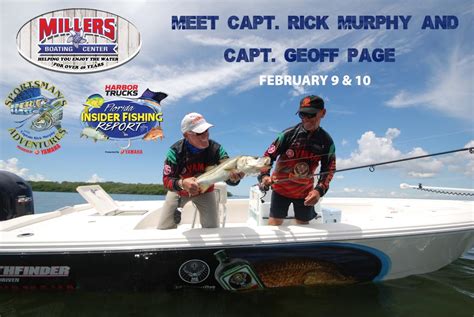 So Damon Tillman, in his red pickup truck, apparently arrived here first. When he arrived, he saw this horrific scene off where all these young men had been shot up and Brandon's fathers excitement to run to and help his son.

He forgot a cell phone at home, so now he's out in the middle, as you can see of no place without any communications. So we hopped back in his vehicle and went to Sunday, which is on Highway 27 ran into the convenience store.

17-year-old young lady who's the daughter of the convenience store attended at that time jumps in the vehicle with Brandon's father, and they come back to the scene. What the murders also didn't count on is Brandon had the opportunity to talk to his dad before he died.

And ultimately, by the time he m. S and Fire arrived that Brandon had succumbed to his injuries as well. We need help so that we can solve this crime sooner rather than later, because there are one or more, and we suspect Mar than one murderer that killed three people in a little country community.

But the victims, their parents and their families deserve for us to solve this sooner rather than later. I've been to a lot of murder scenes in my life, and this ranks among the war.

I'm told that they have been the best buddies for years, that they do a lot of social interaction together, and they're all wonderful friends and have been he was still alive. The information that Brandon told his father, We're not releasing at this time believe that responsible.

This is a dirt road, a clay dirt road way out in the middle of what we call God's country on the way to a nice little fishing lake. And we deserve to find these people and lock him up before they decide to kill someone else.

Florida's authorities investigating triple murder of best friends who went fishing Authorities in Florida are investigating the killings of three best friends who were beaten and shot to death while fishing Friday night, according to the Polk County Sheriff's Office. The victims have been identified as 23-year-old Damion Tillman, 30-year-old Keven Springfield and 27-year-old Brandon Rollins, all from Frost proof, Florida, about 70 miles south of Orlando. Rollins called his father around 10:06 p.m. Friday and asked for help.

“When he arrived he found his son Brandon barely alive, and his two friends deceased,” the sheriff's office said in a news release. “In a state of panic, Rollins' father forgot to bring his cell phone, so he went to a nearby convenience store to call 911.

The victims have been identified as 23-year-old Damion Tillman, 30-year-old Keven Springfield and 27-year-old Brandon Rollins, all from Frost proof, Florida, about 70 miles south of Orlando. Rollins called his father around 10:06 p.m. Friday and asked for help.

“When he arrived he found his son Brandon barely alive, and his two friends deceased,” the sheriff's office said in a news release. In a state of panic, Rollins' father forgot to bring his cell phone, so he went to a nearby convenience store to call 911.