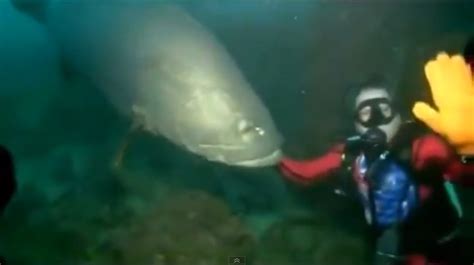 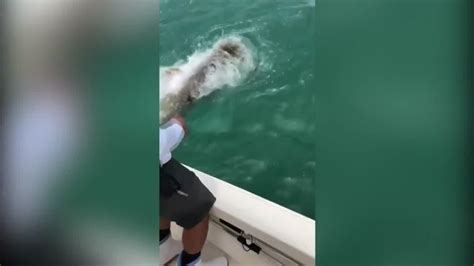 A group fishing off the coast of Bonita Springs in Florida snagged a 5-foot (1.5-meter) shark -- hook, line, and sinker. But before they could haul it up, a spiky, golden leviathan surfaces and snatches the shark.

Apparently, this monster grouper had tried to steal at least one other catch earlier that morning. Atlantic goliathgroupers are known to grow up to 8 feet (2.4 meters) long and weigh up to several hundred pounds. 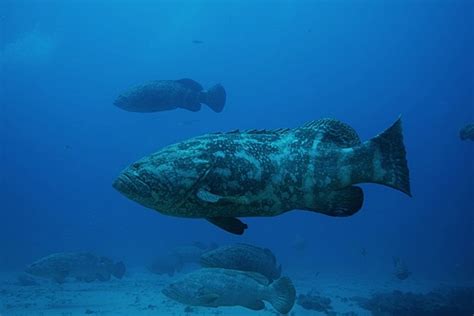 And since they’re illegal to keep, not many people want to tug on a 500-pound fish for upward of an hour just to release it. Goliath grouper are known for eating just about anything that swims near or by a reef. 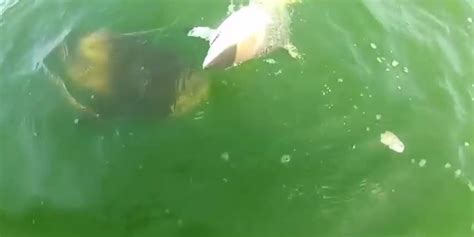 In most all cases, these Goliath Grouper are even more aggressive eaters than sharks when they attack prey. And this video by Blackish is pretty clear evidence of just how quick and aggressive these large GoliathGroupers are when it comes to getting a meal. 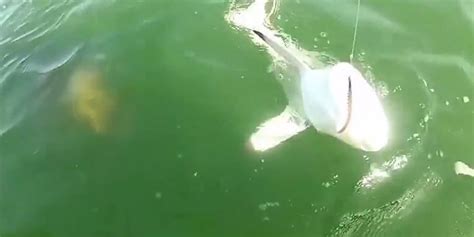