A red will rise up and not so gracefully smack a top water plug in shallow water, and is just as happy to inhale a chunk of lady fish rigged with an egg sinker on the bottom of a channel. And there are time-tested places where anglers armed with the top lures, flies and bait can bet on redfish success. 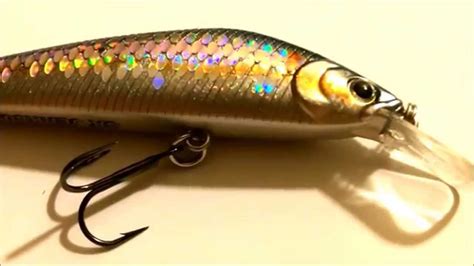 Grass flats, oyster bars, mangrove shorelines, inlets and passes, sandy beaches, under docks and bridges, you name it. Though ideally built for bottom-feeding and grubbing, a red often takes prey such as bait fish, and swimming crabs and shrimp, in the middle of the water column and even at the surface despite its under slung, inferior mouth.

A live shrimp under a popping cork was central to my boyhood redfish indoctrination, and the place was Everglades City in the Ten A Thousand Islands. The shrimp can be hooked to stay alive by passing the point and bend through the rear of its horn, but it really matters little to a hungry redfish.

On one fine autumn day I recall at least three reds clumsily and comically attacking my cork, without noticing the shrimp at all. Fresh shrimp come in handy, too, wherever redfish get fussy on grass flats, or around shallow oyster bars.

A fresh shrimp either Texas-rigged or tail- hooked is deadly when sight casting to redfish in tailing depths. Fiddler crabs are also a redfish delicacy, becoming an easy target when a high tide floods their marsh or shoreline habitat.

In northeast Florida marsh country, fiddlers are a redfish staple, and fly Myers imitate them for good reason. High water levels caused by winds, a full moon, flood tides or combinations of all these allow redfish to feed on the excellent stock of fiddler crabs. 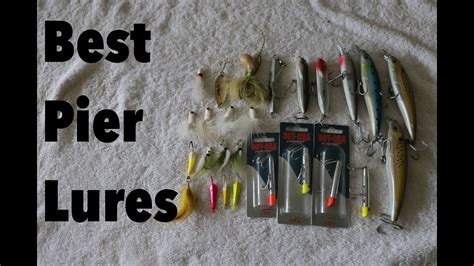 It has fallen out of favor a bit, and there may be some truth to the belief that they “don’t work” as well anymore due to conditioning of redfish where fished especially hard. I can’t argue it’s possible, and in fact, years ago in Florida Bay, reds seemed to flare off when they saw it, so I switched to a black Johnson “Silver” Minnow.

I was convinced it’s the wobbling action and sound of the lure slithering through the grass that triggered the strike, not so much the shine. The small size casts a mile, doesn’t get blown off course as much in a side wind and the splashdown is lighter.

The Silver Minnow wobbles without full revolution when retrieved slowly; it’s when you crank it in a warp speed to recast that it can twist your line. Whether you are fishing in a foot of water for tailing reds, or peppering deeper flats potholes, or combing a shallow, mangrove-lined shoreline, a skimmer jig is tough to beat.

Color-wise, you can go “Earth tones” such as brown or tan to blend in over “salt-and-pepper” flats, or do an about-face and tie on a chartreuse/brown combo or something gaudier, such as hot pink/white or orange/brown. And a monofilament weed guard (which comes standard on Backbone Lures) help keep loose grass off the hook.

Today I would venture that 90 percent of red fishers prefer plastic-tail or scented tail jigs over those dressed with buck tail or other fibers. Both tails are terrific, action-wise, and give off vibrations that help redfish find the food in dark or cloudy waters.

The soft bodies probably cause the fish to hold them a bit longer in their mouth before you set the hook, too. The main convenience is you can switch out a tail color in seconds, other than a hair jig.

The soft tail can be pierced to allow for insertion of a small rattle chamber. I reserve these 1/4- and 3/5-ounce jigs for slightly deeper flats and channel edges, and work them along bottom with the current.

I have had success on pass and mangrove backcountry redfish with the Storm Wild eye Swim Shad, and the same type of swim bait is a great choice for catching an inshore slam. The smallest versions are light enough for flats work, the bigger ones better suited to deeper water.

These ride hook-up in the water making them ideal for bottom-bumping around oyster bars or flats potholes, and most have tails designed to vibrate on a straight retrieve. The Zoom 5-inch Super Fluke for example, is one I have fished a lot for reds on stingrays, staging in potholes of the flats, and tailing in the shallowest water.

Can add a split shot or two on your line right at the hookah to make it sink faster if desired. The best thing is you can twitch this lure at the surface for top water strikes, or let it settle as deep as you need to reach the level of the fish.

For searching out reds over deeper grass flats or under docks, retrieve it with a slow swim and then use a sharp wrist snap to make it dart before allowing it to sink on a tight line. Though overlooked by many red fishers, top water lures can bring out the aggressiveness in otherwise lethargic reds.

And who can argue the thrill watching a sizable red lit up at the surface making repeated slashes before latching on? My old favorite for flats reds is the venerable Creek Chub Darter, a deadly shook plug as well.

Redfish, with that inferior mouth (under the head) are a bit clumsy when rotating their bodies to engulf something floating. When I’m stalking tailing redfish on the grass flats, I make a quick assessment on what the fish are doing.

Trailers that are engrossed in their feeding have normally found the mother lode, and that is often small crabs. One of the oldest patterns in the saltwater book is the Homer Rhodes Streamer, later popularized by Chico Fernandez as the Seducer.

The palmier hackle suspend the fly, making it a terrific choice for grassy, shallow water. I love to cast it in tight to a busy tailed, let it settle near it and then give it a twitch once the fish looks back up. 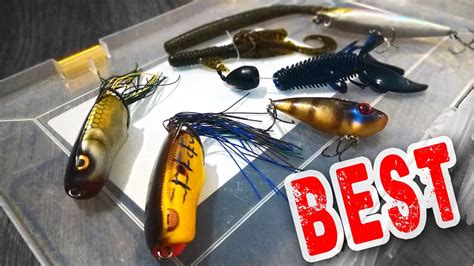 I tie this one with Cree hackle feathers and a little copper flash in the wing to imitate a shrimp. Related I've witnessed the tendency for redfish to school in large numbers where they see the most pressure.

Gainesville, Fla., touring pro Bernie Schultz suggests visiting anglers should take along lures that work well in shallow water and aquatic vegetation. “It could potentially be a wonderful top water bite in the wintertime depending on if you catch the water warming in between fronts,” Schultz says.

On days when bass are reluctant to hit top waters, Schultz opts for a 1/2-ounce spinner bait with tandem willow leaf blades. The eight-time Bass master Classic qualifier runs the Rap at high speed and rips it through the grass to trigger reaction strikes.

Schultz switches to soft plastics in green pumpkin, June bug or watermelon red tints during cold front conditions when Florida bass are in thick cover or hugging the bottom. “When I am punching grass or mats I usually let the bait break through the top layer of vegetation and fall at its own rate of speed,” he says.

Dead-sticking a worm coaxes bites from sluggish bass holding around sparse grass, lily pads, boat docks or cypress trees. A lot of anglers have a bass pond within 10 to 15 miles of them and fishing on them is becoming more and more popular. 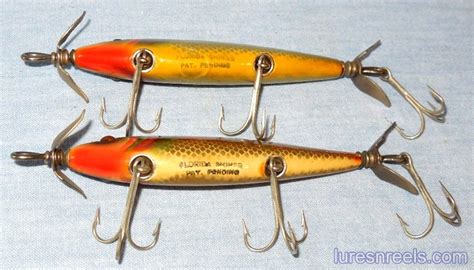 Bass in ponds tend to spook a little easier than when on larger waters. Fished on lighter tackle I would generally opt for spinning rod for bass is this scenario.

You'll need to drop a few sizes from your regular lures as fishing large swim baits on smaller ponds is rarely productive. Soft Plastics like craws, tubes and toads mimic a variety of small sub-aquatic creatures that bass will regularly be feeding on.

This lures can be worked in and around thick cover, bass will routinely be hiding in these locations waiting to strike. Seeing a bass engulf your lure and strike it hard from below will get the heart racing of any seasoned angler.

Poppers, chiggers and frog lures for bass are all big performers. Working a weedless version of a top water frog over thick cover with lilies or weed beds is one way to snag a bunker in the height of summer.

Spinners make great bass lures for ponds as they can be retrieved at a variety of depths and speeds. They have the added advantage of both vibration and flash which will drive summer bass wild especially when fished in the top of the water column.

Smaller crank baits like Papal's for example can be an absolute killer on ponds that have a lot of small bait fish already present. Line weight stick to roughly 8 lb monofilament which will perform really well on a light spinning setup for the majority of bass lures for ponds.