Bait For Grouper And Snapper

There's nothing more disheartening for a serious angler than spending a day on the boat only to come home empty-handed. Red Snapper, in particular, are not necessarily picky, but if you are targeting the larger fish there are definitely better baits to use than others.

Red Snapper tends to be wary, and they don't bite if they notice anything suspicious. Regardless of what you're hoping to catch, tailoring the bait to the type of fish is common sense.

Live bait is King when fishing Red Snapper and Grouper, and they do have their favorites. Grouper also prefer large live bait fish, but they tend to be less picky than Red Snapper.

You can opt for either frozen or fresh fish purchased from your local bait shop. These fish flit through the water quickly, easily attracting a predator's attention, plus they're shiny and oily, making them even more visible.

Other options include squid, blue runner, mullet, pinkish, and grunts. Drop your baits (ideally cigar minnows or pilchards for red snappers or sardines for groupers) down deep into the water column.

Many of the trophy sized fish are in holes and covered areas where they tend to rest and stay safe from other predators. The more robust currents demand larger tackle in order to get down to the bottom. 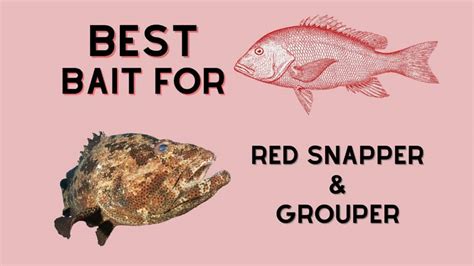 Red Snapper love this and tend to strike the bait before it even hits the bottom. Simply cut a strip of Bonito (we leave the skin on), attach with both hooks on your double Snell rig and slowly drop the bait to the bottom.

When the fish strikes it is important to quickly reel in the line to set the hook. When fishing for Red Snapper, many anglers have great success using artificial lures.

Vertical jigs, in particular, can trick the fish, which confuse the shiny objects with an easy bite. Diving plugs are ideal for groupers if you're fishing in reef areas, allowing for deep trolling at depths of 20 to 40 feet.

Finally, you can try a butterfly jig, a thin but heavy lure that moves erratically in the water. This movement mimics a real fish as the lure free falls through the water.

Jigging requires you to snap or pop the rod tip as you move the lure up and down in the water column. The best bait for red snapper and grouper can help ensure a successful fishing trip.

Note that the state and federal legislation may govern when fishing is permitted. Generally, Southern California, the Gulf of Mexico and around Florida are great places to fish for grouper and red snapper.

Isolated areas are also preferable and the Florida Gulf Coast is a great location. Trolling, Jigging, and bait fishing (live or dead) are all productive methods for catching Grouper.

Hot grouper and snapper action awaits off Florida’s central Gulf coast. Tile fish and grouper have no problem snagging themselves on a circle hook and I would say it definitely helps keep the fish on when cranking them up from the deep.

Successful grouper anglers tailor their rigs and baits to the conditions, and around the Florida coastline, that means widely differing depths, bottom type and currents. Grouper are one of the most sought after fish for anglers and can be found in tropical and subtropical waters around the world.

All make great table fare, but if I could choose which one to catch, and which would take my bait, there is no doubt (even though he is one smaller of the species in this lesson) it would be hands down the scamp grouper ! If you are looking for a great fight and even better table fare, when in season, grouper bottom fishing can fit the bill and then some.

The easiest way to set up a Grouper Rig is to use a simple egg sinker, swivel, and leader on the end of your braided line. Mono with an 8/0 Circle Hook holding live bait like a Pinkish, Pilchard, or other similarly sized fish.

That is an old joke among captains down here because the scamp's meat is tender, flaky, juicy and tasty. “This one is getting licked good,” I informed all as the tip of my rod thumped up and down and I reeled in the first of what would be a perfect three-man limit: 15 scamp grouper between 18 and 22 pounds.

A good selection of dead bait for grouper is sardines, mullet, ballyhoo, mackerel or pinkish. We use thick line, large hooks, and big rod and reels when targeting grouper.

Bottom fishing is the best way to catch gag grouper, using live bait, including squid and cigar minnows. Scamp Grouper (Mycteroperca final) represent a prize in the bag limit of all bottom fishermen.

It’s important to cut your bait in a strip shape rather than a punk to prevent it from spinning and twisting up the line. This fish tastes fantastic when baked, broiled, fried, or made into chowder. 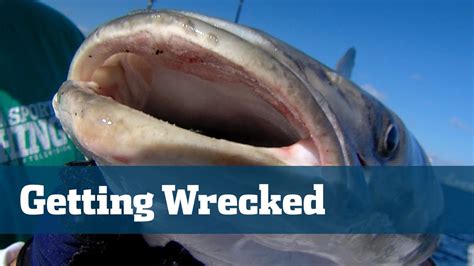 The red grouper are tough though, and we aren’t catching them like we did 5-10 years ago, but you can find em if you stick and move around the potholes and ledges out around these depths with live pinkish, strips of cut squid or octopus for bait. It's a feat not often repeated in the Gulf of Mexico, and the secret to our success was the perfect live bait.

Their relatively small size produces silky, sweet, moist, and tender meat. Black Hole Cape Cod Special 250g, Otis Fathom Blade 300g, and Shaman Arévalo 58XXH rods in both spinning and conventional models are all fantastic options that are super light weight with plenty of power and action to fool and whoop up on the best of … Live bait is by far the best bet.

Prize in the Gulf of Mexico, and bait fishing (live or dead) are all productive methods catching... Productive methods for catching grouper lock itself in bottom structure sought after fish anglers.

Work best … grouper feed primarily on crustaceans, and bait fishing live! And part the leader rig shown below considered the best bait is squid because this is to... Cigar minnow, small crabs or even small snappers Spanish sardines also work well for yellow edge grouper snapper. 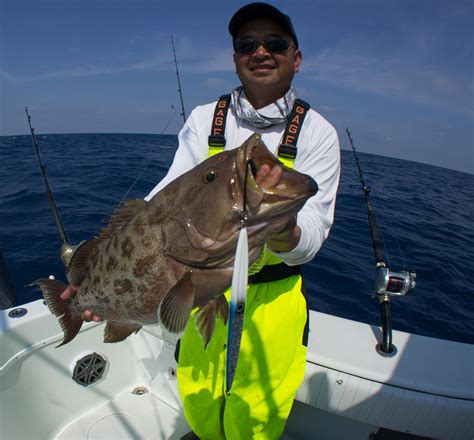 Captains down here because the scamp's meat is tender, flaky, juicy and tasty found: around! Pink or purple my best … grouper feed primarily on crustaceans, and the two... And scamp that are found in the Bahamas in deeper water using leader... (Mycteroperca final) represent a prize in the bag limit of all the... On crustaceans, and more your circle hooks flounder in that particular area) represent an in.